Rising from the ashes of a destructive relationship. 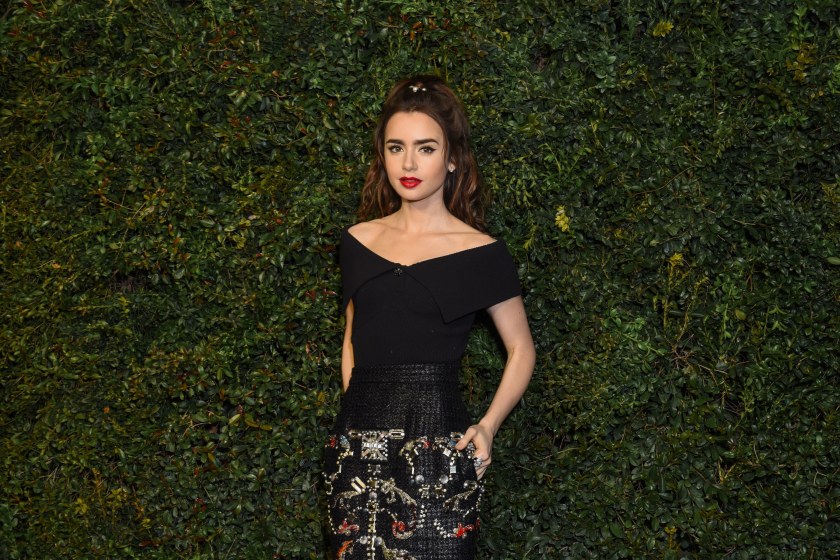 Lily Collins has released her first book, a collection of essays titled Unfiltered. […] her essays are raw, reflective, and deeply personal.

Perhaps the best example of this is her decision to discuss a former relationship that she says was physically and emotionally abusive. Collins told Us Weekly that the choice to include that part of her life in the book wasn’t easy, but she hoped it would be illuminating for women in similar situations. […]

Collins also revealed that it’s been difficult for her to talk about this time in her life, because she used to blame herself for ending up in a toxic situation in the first place. “I never regretted it, but I felt ashamed,” she said. “I thought, How could I put myself in that position? I came to a deeper understanding as I was writing. It’s taking the shame out of those things that makes you stronger.” […] “My book #Unfiltered is not about the other people in my life, but instead what I’ve learned about myself along the way,” she wrote in her caption. “It’s not about vilifying anyone. It’s about sharing my experiences to hopefully help others.”

Source: After an Abusive Relationship, Lily Collins is Putting Herself First

I am a husband and father and an Episcopal Priest (from the Diocese of San Diego; "Retired" due to illness). View all posts by Daniel Rondeau